'What other job gives you a Company Car and people being rude to you?'

Whilst many people set their heart on a chosen career or vocation and live the dream this is not possible for others. Maybe their career choice has not lived up to their expectations or maybe they were unable to achieve the required qualifications or experience. Sometimes disaster strikes and changes are thrust upon them through no fault of their own and when that happens it requires enormous resilience which is often extremely difficult to muster when things do not go to plan.

My first love (career wise that is ) was to join the police force. Indeed I cannot recall a time growing up when this wasn’t the case. I was extremely proud of my dad who was a Detective Chief Inspector when he retired and had spent most of his career in the Drug Squad or CID and lead various murder squads and finally went to his grave having not been able to bring only one murderer to account for his or her crime. I was determined to forge a career in either of those departments at whatever rank I was happiest in. I have never been a very good ladder climber as I don’t have much of a head for heights and prefer to deal with life on the ‘coal face’ or at ‘grass roots level’ whichever analogy you prefer to use. In any case, back in the early eighties it was still very much ‘Life on Mars’ and many females who managed to smash through the glass ceiling pulled the ladder up after them.

My choice of career did not gain the support of either my family or educators. Having been lucky enough to have achieved a grammar school scholarship my schooling was very much focused on Higher Education and academic achievements. Much to the angst of my teachers and my parents my sights were, however, set on a long and glittering police career which did not require years at university with the added disadvantages as I saw it of not earning whilst at the same time building up debt ( albeit there were no tuition fees in those days!) for a career I didn’t want. True to type I dug my heels in and forged ahead leaving school with a few A Levels- just- and at 18 1/2 years of age I was accepted in to Avon and Somerset Constabulary and my dream career began.

Sadly this dream was prematurely and spectacularly shattered after 7 wonderful years following a Road Traffic Accident or POLAC- to use police jargon-whilst in pursuit ( quite literally) of justice for the member of the public who had had the misfortune of having their car ‘borrowed’ without their permission from the car park of a local hotel at 4.30 in the morning.

Devastation doesn’t cover how I felt. Whilst I was extremely fortunate to survive the crash I ‘walked away’ with a closed head injury and Post Traumatic Stress Disorder ( rarely diagnosed in those days). When I had eventually managed to dust myself down and build myself up from this disastrous end to my chosen career the big question was - what next?

I fell in to sales more by accident and necessity than by design and when horrified friends and family asked me ’why sales- it is so different from the Police Force’ my favourite response was ‘well what other job gives you a company car and people being rude to you?’ That usually had the desired response of making people laugh and getting them off my back because if I tried to explain the huge satisfaction that you feel when delivering a product or a service to a customer or colleague that enhances their life they just wouldn’t believe me.

Anyway, I was fortunate enough to land a position within a small Pharmaceutical company and my career in sales began. I say fortunate as Pharmaceutical sales is viewed by many as one of the toughest fields to break into as it is so tightly governed by regulatory restrictions not to mention the academic standards ie a life science degree or being a fully qualified healthcare professional such as a nurse of pharmacist. Fortunately this particular Company valued my 7 years at the ‘University of Real Life’ and I was in. I only ever intended for it to be a temporary measure whilst I pursued what close friends and family considered to be a ‘proper job’ but here I am, 30 years on and getting ready for the next big challenge. I am certain though that this chapter will deliver the same levels of satisfaction that my 3 previous careers have provided.

So why am I writing this? Well I believe that my history will not only demonstrate to potential clients that I have the skills and experience to provide the levels of service required but will also act as living proof that it IS possible to reinvent yourself- even when the world around you appears to have crashed to the ground. 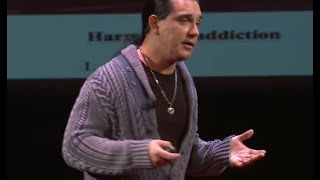 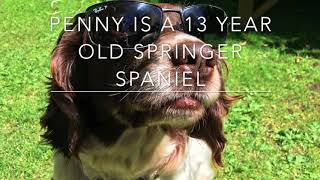 You CAN teach an old dog new tricks!(providing the rewards match the task!)

'What other job gives you a Company Car and people being rude to you?'